As a fantasy writer, I keep an eye on other authors work, and try to get involved where I can. And this week, I’m talking about Julie Hutching‘s latest book!

I beta read the first chapter or so a few months back, and jumped at the chance to get my hands on the Advanced Reader Copy in exchange for a review. 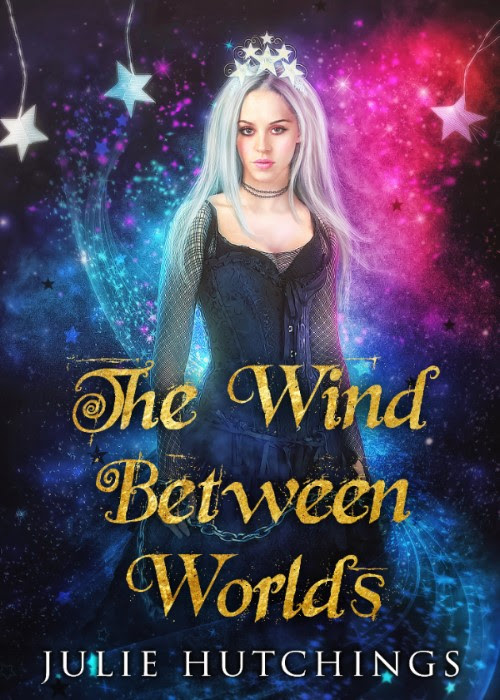 Sixteen-year-old Celeste is the Witch of Stars and leader of her coven, the Five Poisons. But Celeste feels her greatest powers are in chewing anxiety pills and stress-eating. Uniting the vicious witches who share nothing but their unique forms of magic and a list of family dysfunctions is fruitless. The Poisons see only weakness in Celeste, for stifling her magic upon her mommy’s request. Using magic drains their mothers, the Elementals, but Celeste is the only one of the Poisons who doesn’t want her mother dead.

When a demon breaks through The Chains, the magical veil into the human world, Celeste tries proving herself to her coven by confronting him on her own. Through his eyes she discovers that the Elementals have been feeding the Poisons lies about demons, magic, their heritage, and the coven’s purpose. Worse yet, the abuse, manipulation and oppression Celeste’s coven has suffered at their mothers’ hands was more than tough love; it was to strengthen the girls’ powers for a Halloween harvest, to weave their souls into The Chains that they serve.

Celeste will do anything to save the Poisons, from traversing the wicked realm of The Gone, following the demon who’s shown her the truth, to waging war upon the Elementals. But to end the grisly cycle the Elementals have created means the Witch of Stars must either show her mother mercy and live in the false world she knows, or sacrifice herself in ways no magic can reverse.

The Wind Between Worlds – Julie Hutchings

I was given a free copy of this book in exchange for an honest review.

Although this was the first book of Julie’s I’ve read; it will not be my last. I loved this story and finished the book quicker than I usually do. The pacing was perfect: fast-paced enough to hold interest and feel action-packed, yet not too fast that I was lost or felt rushed.

The characters, despite there being quite a few, were well-rounded and distinguishable from each other. Equally when I felt a plot twist come up, it had that delicious “I had no idea” mixed with “but of course that makes sense now” feeling!

The writing was very easy-going, with little flourishes of poetic description to really suck the reader into the book’s world.

I hope there is a sequel, although the threads were nicely tied up, because I’d just love to know what happens next, and spend some more time in the this fictional world.

Julie is a pizza-hoarding, coffee-swilling, karate-kicking, mythology-twisting author and editor with a magnetism for the creepy and obscure. Runs a million Scholastic Book Fairs a year. Owns a family, Small Mexican Dog, and an army of reptiles. talk to her on Twitter and sign up for Pretty Scary Author News.