Browse: Home   /   On Connecting with Other Writers 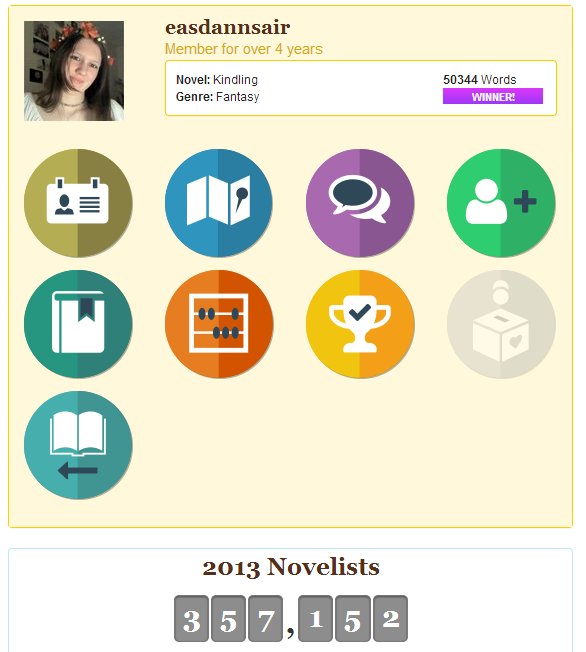 On Connecting with Other Writers

When I think of a “writer”, my mind instantly pulls up an image of a man sat at a wooden desk by a window, drinking a bottle of wine and looking out at a lake outside.

Perhaps it’s just me, but the idea of writers tends to bring up images of solitude. It’s meant to be a lonely profession; where you lock yourself away in your study until the first or second draft is done. Then, you might be able to talk to people. Maybe two or three people can see it during edits. Then a select few beta readers.

Considering we’re writing about lots of people [characters] and that, hopefully, it will be read by lots of people [readers], writers tend to spend very little time with people in the early stages of writing.

I’m an only child, which used to mean I was comfortable on my own. I made up my own games with cuddly toys, I’d spend hours singing on the swing in my back garden. I read a lot.

Then when I grew up, I did all the social things – I went to college, and university. I lived with 11 people in a house-share. Then 3 people. Then 3 different people, then another year with 2 of them. I even did NaNoWriMo with my housemate Sorcha; discussing the stories and being competitive about wordcounts.

Now, I live on my own in my flat, work full time [8:30 – 5:30] on weekdays and generally write for around 2 hours a day. I manage to get to a monthly meetup, but everyone’s at different stages – and only a couple are writing novels (instead of short stories, scripts or poetry). As I write mostly in the evenings, this means most of my social communication happens online. I’ve lost track of how many “writer forums” I’ve joined. Some for critiques, some for NaNoWriMo (or JulWriMo), and some for the Fantasy genre.

Each one comes with a promise that I might be able to meet other writers; people who I think of as “they may not get so fed up hearing about this book”, as well as being able to empathise with things non-writers may not quite understand.

“What do you mean your character did that and you didn’t want them to? You’re the writer…”

I have made a few writer friends through websites and blogs, like Ciarán, who I met as a poet and Ellie, who I have many conversations with about about our respective books.

No matter how many online places I sign up to though, the only space I truly keep returning to and posting in is the NaNoWriMo forums. There are sections for ideas, for saying how it’s going, a place for each genre and even places to request beta readers / critique partners. And it’s fairly busy all year round, with a massive boost from October – December.

But I want to know how other writers meet each other. What other methods are out there?

Where do you connect most with other novelists?

What online spaces do you recommend?