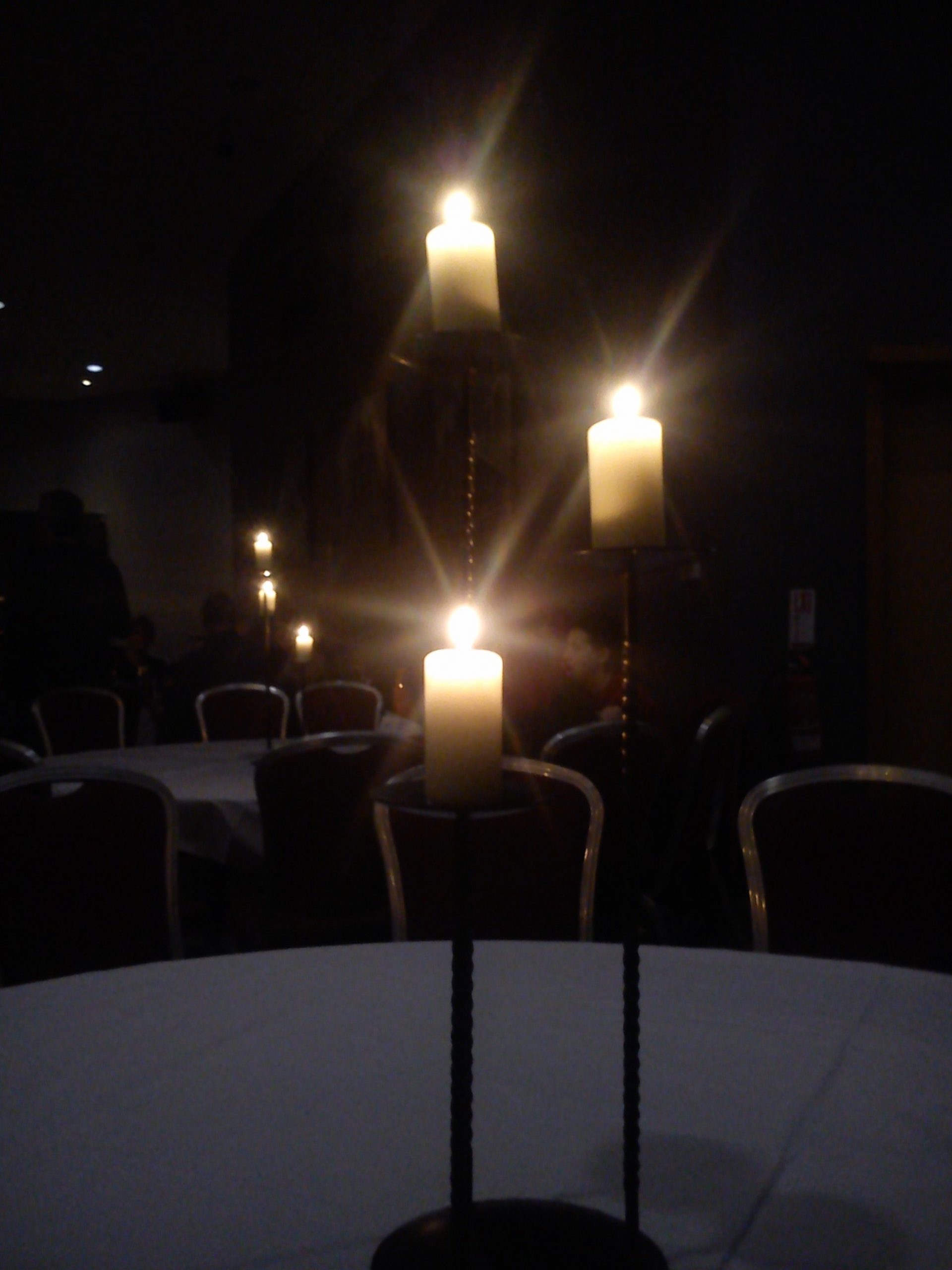 10am Sunday morning brought us a workshop led by Tom Pollock and Kate Elliot, focused on worldbuilding. Much like at WFC13, the worldbuilding panel was the one I wrote the most notes on.

– Storytelling is worldbuilding: the plot, characters and environment all create the world.

– We often believe things known to be false, yet it is not always seen as ‘fantasy.’ For example, there are no skyscrapers in Washington DC, yet we see it on film and don’t question it.

– If you know your theme, use it to build out, having it somehow affect your characters, laws and even architecture.

– The culture is a key part of worldbuilding; what roles people take in different relationships and the social space they inhabit.

– Guilt is self-imposed. Shame is socially-imposed. These cultures are different.

– Use small details to allow readers to infer the meaning – assume the reader already understands your world.

– You don’t need to explain the status quo (i.e. grass is green) if it (most likely) matches the readers experience.

– Names can tell you a lot about a culture, and who has power within the world.

– There are some rules/aspects that only the writer needs to know about.

– We don’t understand everything about our own world- characters can have gaps in knowledge.

– Ensure you show differences within one town. For example, a recognised and followed-by-most religion may still mean one of your characters doesn’t follow a precept or is an atheist.

Thankfully, the next panel was in the same room, a panel about editing.

What do you think is key to worldbuilding?

← Weekend WIP #9: Writing a Character in Order
The Nature of November – Update →