Final panel of the final day. 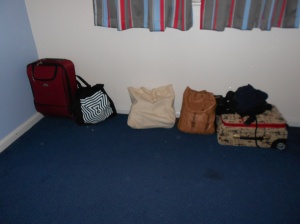 After the Worldbuilding workshop, a panel about editing moved into the room.

– The panel discussed the difference between a structural edit (do the characters and world building hold together?), a line edit (does this sentence work?) and copy edit (include more plot/be consistent in that paragraph and is that word right?).

– There are other stages beyond/around those three edits.

– It’s the editors role to be on your side, yet to raise questions via critique before reviewers see it / critique it.

– We ask ‘why’. Often the writer’s reason isn’t enough (wouldn’t be enough for a reader who doesn’t know what will happen later, for example).

– Each editor/publisher/establishment/company has their own ‘house style’ relating to punctuation and grammar or structure.

– Always check the timeline of your story.

– Our role is to be enthusiastic about the story to our company.

– No edit is ever wasted.

– If that creature is basically a horse, call it a horse, not a hrrrurrhr.

And that ended FantasyCon 2014 for me. We went back to the hotel room, then headed back after lunch to say goodbyes and hang out in the bar with people.

And that was the end of my first away-from-home convention. I already have my tickets for another in 2015.