“And the world keeps turning, sun keeps burning… We are the lost and found.”

The year began in a difficult fashion. We saw a dying relative in hospital, celebrated 10 years together, and attended the relative’s funeral. Some close friends went through some court difficulties, and my work/uni deadlines all crowded around together. I submitted a short story for an anthology, and a novel manuscript to an agent.

In April, I began taking a Khan Academy course on story-telling, and things began getting quite difficult at work. We did not have enough staff, and working in mental health, it’s imperative that patients are kept safe. Then our fridge-freezer died, most of the food we lost, and the rest essentially gave us food poisoning, at various levels.

At the end of June, the freezer broke again: and it took over a month for it to be fixed. I ended up with an unknown illness I could not shake: general fatigue, headaches, sinus and balance issues and low-mood. I finished my University course, had a birthday (yay, wisdom!) and took the time to get my goals for the year back on track: especially with reading and writing.

In September, I launched Map Your Potential – a website focusing on building resilience and managing the stress of over-thinking. I’m still getting clear on exactly how to word what I’ doing there, but that clarity will come with time, trial and error.

In October, I ran my first coaching programme for Map Your Potential, and November was entirely consumed by dayjob and NaNoWriMo, which I won with a finished draft of The Temple Forest.

December focused on reflection, planning for 2018, and snuggles with kitties. I barely wrote anything, which was a wonderful break after four years solidly focused on writing.

ii. Edit second novel for submission: 1/1 – I submitted something in October which I’m still awaiting a response on.

iv. Build upon my wellness routine: We finally used our crock-pot, and I received a spiraliser for Yule, so cooking was definitely a big part of the month. I’ve signed up to be a #TimeToChange Champion for my workplace, and we installed an electric fireplace as a Yule present, which definitely helps make things feel cosy and warm. 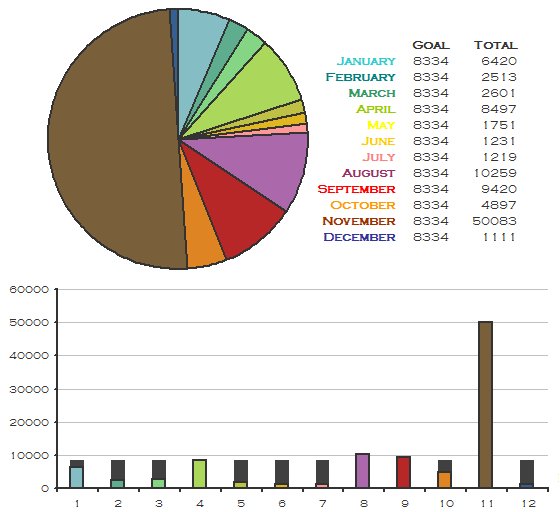