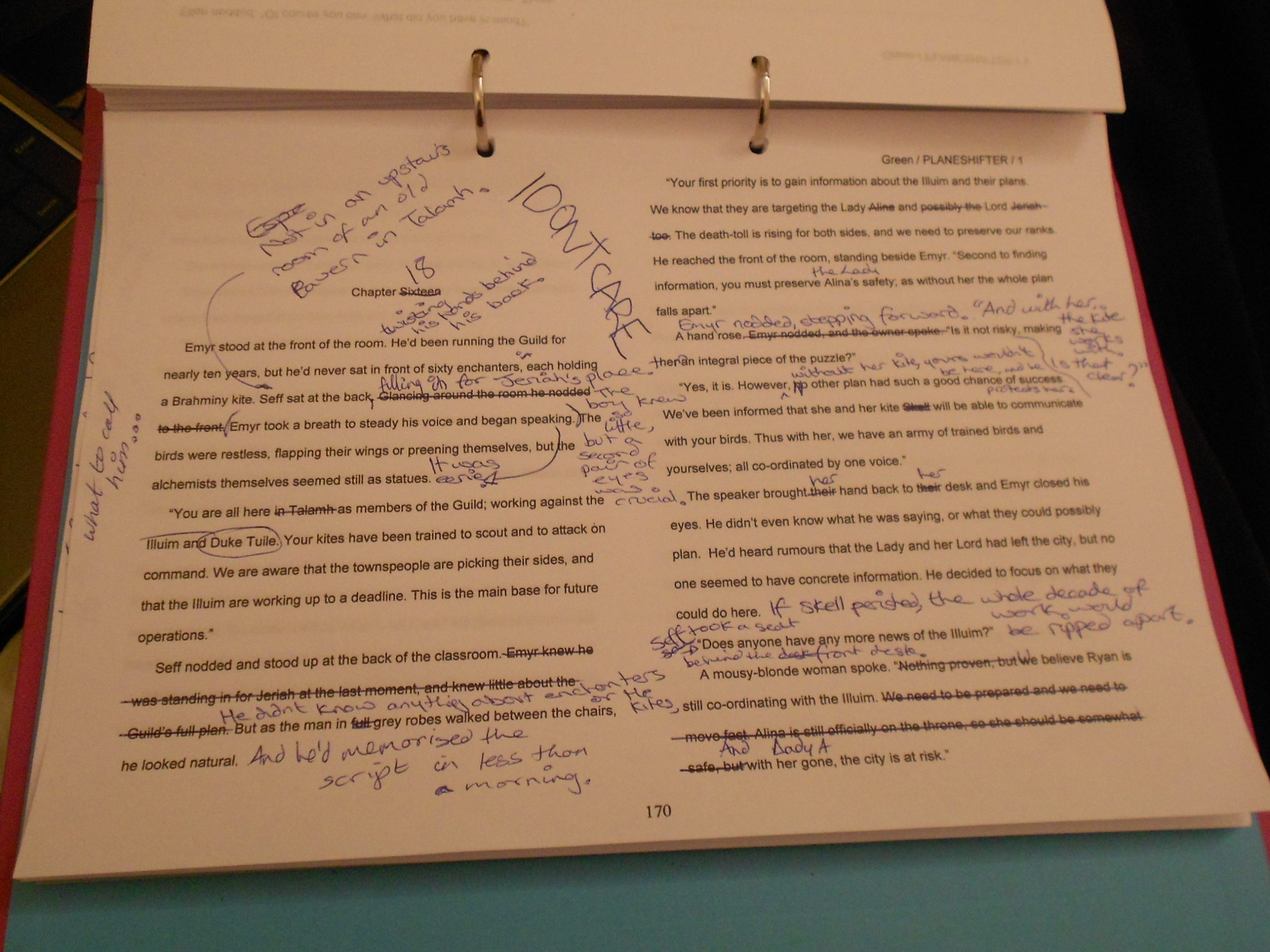 The early stages of writerhood can be confusing. The advice given to the first-time or aspiring writer generally points to “finishing your first draft.” Once you’ve crossed that border, you can call yourself a writer, and the suggestions of next stages are a little more flexible… which can mean getting lost in all the options.

Of course, you need to edit. But there there’s an online presence – blog posts and guest posts, interviews and promotion. And then in the editing process; that entails its own list of items. Content, plot holes, re-writes, character development, series arcs, line edits…

The lists just get longer.

As I read through Planes Shifter, I noticed that I’ve been working my way through these lists in kind of the wrong order. I did a line edit too early on, looking at character voice before I had the plot arc sorted, and now I’ve attempted a “final read-through” and yet; there are still plot holes and character development issues.

According to my list; I’m at the right stage. I’ve done a few rounds of editing already and anticipated this would be my final major revision before a beta read and line tweak. This is the point that those planning to self-publish begin marketing, building a platform for the book to begin selling from and aspects like covers and formatting get involved. For people seeking representation, this is when you return to your query and synopsis drafts to polish them up.

But around a fifth into the book, I was struck by two things.

Panic slightly ensued, until I realised:

– They’re not as bad as the ones last edit.  Phew.

My notes are mostly “add more explanation/description” and “mention this earlier/more often”. In fact that pretty much sums up the entire edit, except for the pretty colours:

So I’ve had to scrap my current “list” of items; and make my own, new plan.

* Before I tweak any words, I’m going to order my POV scenes together for each character and skim-read them for plotholes/arc edits. This means all 9 scenes from Seren’s POV have to flow and make most of his story without the other scenes. This will ensure I get the order of information right – not using a piece of info they don’t learn for 2 more scenes.

* Following this, I need to skim-read their POV scenes with the scenes in other POVs, but which contain them as an “on screen” character. This will allow me to see the character development and to show up any repetition; which seems to be a massive issue.

* I’m going to edit each scene in order – not skip back and forth like I have been. It’s fine for writing the first draft; but if I don’t like a scene at this point, I need to fix that there and then.

* I’ve recognised how the story’s focus has shifted. It began about a girl’s attempt to get home, helped by a hawk. As I wove my way through this edit, I realised her relationship with the bird is actually more important than I’d given it “screen time” for. And that’s going to take more than just a few extra descriptions earlier on to fix.

* Poor Seren doesn’t have a clue what he’s supposed to know; and neither do I. That needs to change. He now knows something major about the bird of prey, but no longer understands the other character’s coma. This requires all kinds of tweaks – nothing major, but a lot of minor changes in many places.

How do you balance out all the “to-do” lists?

← The “Writer” Fairytale
Celebrating the End of a Stage →