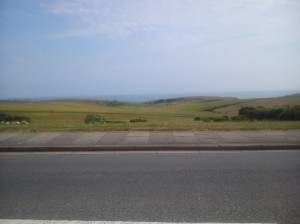 July marked the improvement of 2015. Drama still occurred and things were still stressful, but generally, it turned out to be a pretty good month.

Fingers crossed the second half of this year will be better than the first.

My new job is really interesting — I’m realising how much I’ve missed working in the mental health field over the past couple of years and learning a lot about how things work in a charity setting.

My mum’s health seems stable, although she is undergoing more treatment, and our house move is in progress, although full of it’s own dramas.

i. Measuring my Words

This month I wrote 4,064 words. I began edits on a short story, and have been drafting the next few steps of TFG.

ii. Work Towards Submission by …

I’m aiming to have a completed story by September, as per goal iv. Hopefully, I can submit that one around the end of the year. I’m still on track for the year as long as I complete TFG’s first draft by the end of August.

8 / 14 completed. I began a new book this month, and I’ve been doing a lot of reading during my induction for the new job. It’s been tricky to concentrate after work, so I haven’t read as much as I’d have liked. Once we move though, things should settle and I’ll gain an extra hour a day from the commute, which should help.

Planes Shifter is still with a beta reader. I’m working on The Felled Gods draft for now.

* We met up with OHs friends and played Pitch & Putt golf.

* We had perhaps our third ever meal in a restaurant – just the two of us.

* We celebrated 2 years of engagement.

* I met up with a friend from University to have ice cream on the beach.

* We continued the process to buy a house.

* I went home to see my parents, and the in-laws visited me there.

* We began packing non-essential items for the move.

* Settling in fully into the new job.

How was your month?

What wilderness are you wandering into next month?