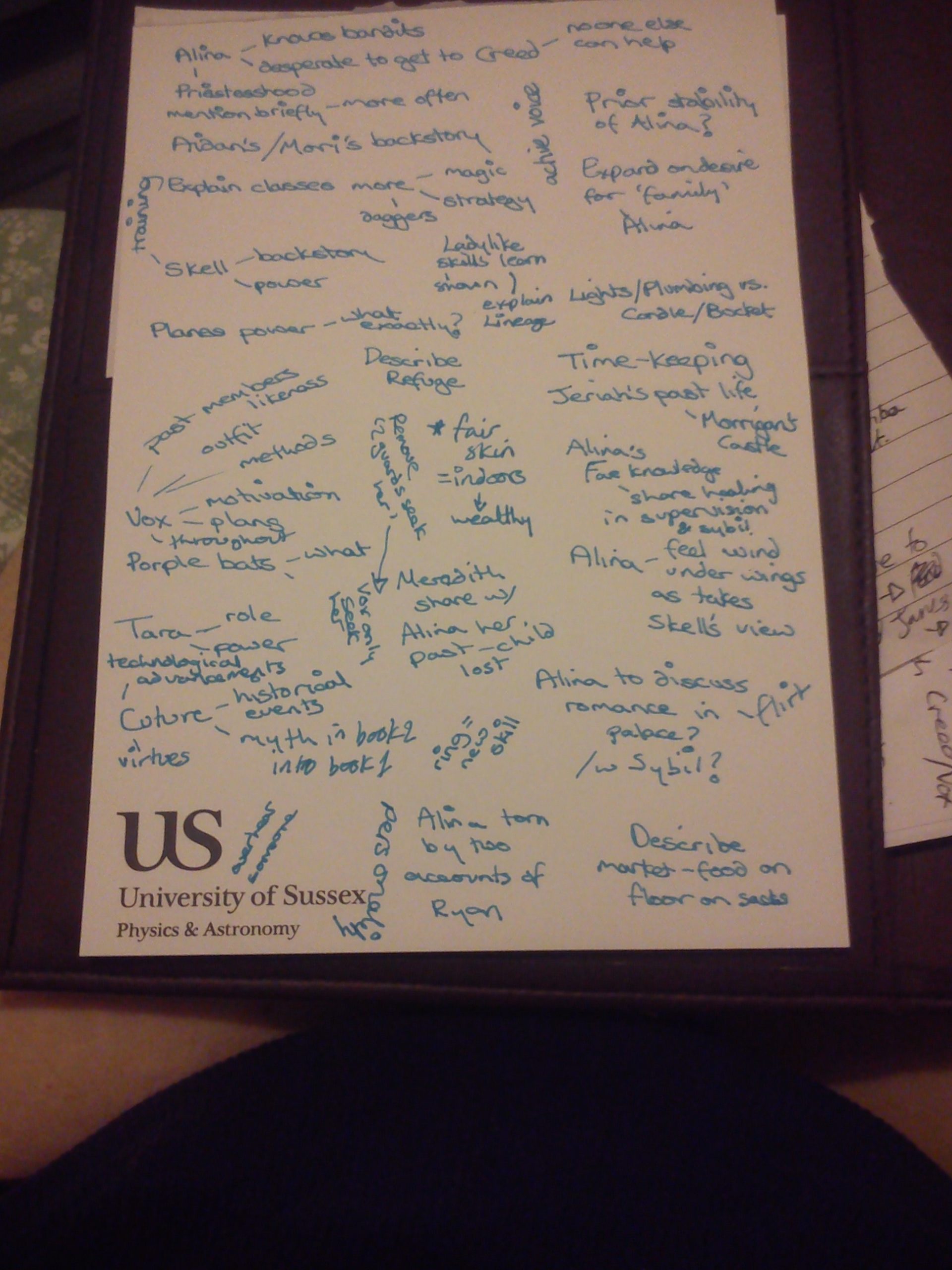 I found the original idea for the Planes Trilogy this week; written on the back of an envelope.

While writing draft one, I kept a note of the anything I wasn’t yet sure of including; such as questions about the belief system that made up my culture, and whether the land the story was set in had guns or knives. With feedback on draft two from one of my beta readers saying “why isn’t this mentioned all the way through?!”, I’ve returned to the lists I wrote as I went along, and thus; now have a list of the issues I need to correct in the third draft.

It doesn’t have an order or make a whole lot of sense without knowing the book, but let’s just say if I can fix all of all these aspects, I’ll be adding about 10-15,000 words (passing 100k) and I may actually begin to feel that the story is done – and then it’s just a case of grammar, spelling, rephrasing and format.

I’m not sure I’ll be able to fix all of these parts in one draft, as some parts just involve changes to one paragraph, others require changes to something that occurs in every scene. I’ve even had comments about the voice I’ve used, which would affect pretty much every sentence.

Either way, I’m well into the editing process now, and there’s no way to find out how easy the story will be to fix until I start.

← May: The Process So Far
Writer’s Styles – Attending a Group →