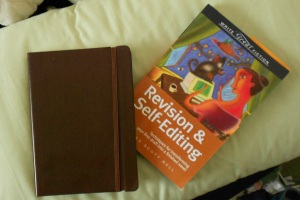 In January 2012, I began writing Planes Shifter. It took nine months to complete, and then a further two months to edit into a second draft.

When I received the first two bits of feedback from my two beta readers, I threw myself into editing again. I’m aware of my desperation to put this project aside and work on others; and know that I’m close to finishing this round of editing. However, in terms of writing and re-writing, there is always more to be done.

Yet, it’s been a month, and I’m officially sick of the story.

So I’m passing it on to readers. I have three people who have offered to have a look at it, and I think I’ve fixed the most obvious, glaring issues. The next round of edits will be for fixing details.

And if nothing else, sending it out gives me permission to focus on my other works. I have the sequel to edit, and Seven Sisters has recently re-sparked my interest. It’s a finished draft, but there are so many holes, I knew it would be a mammoth task to fix. But why shouldn’t I begin that process now?

Especially when my final deadline to reach at least a vaguely useful draft for three of my books is October; in time for the World Fantasy Convention. With less than six-months to fix three pieces, it’s never too early to work on one.