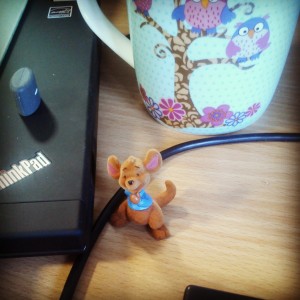 On Monday night, I began the next round of edits on Planes Shifter.

For the second draft, I chose two beta readers; one who is a writer herself, and one who likes to read. This way I have a readers view, and the view of someone who understands how stories are woven. Having read the feedback on Sunday, I waited a day before opening  up a new file. Thus, draft three was born. You can see my progress in the left-hand side bar.

I’m also still working on Shadow Sight as inspiration hits, but the Planes Trilogy is my current focus.

In six-months, I’m attending the World Fantasy Convention, and I’ve made a plan for myself that I’ll have Planes Shifter as ready as I can without professional help. I’d also love to be editing Planes Walker by that point, and to have the first draft of Shadow Sight completed. That feels like a lot, but planning is the best way for me to move forward.

But as of May 1st 2013, I have draft one of Shadow Sight being written, draft three of Planes Shifter being worked on and ideas for the final Planes book working their way through the maze of my mind.

In other news, one of my lovely beta readers gave me a little Roo today. He has now been hired as my writing mascot.